As some reading this will be aware, there is no act of Parliament referred to, even informally, as the ‘Security Workers Act’. It simply does not exist – but we think it should. Over the course of this feature, we’ll be explaining why.

At the bottom of this article is a link to an online petition. If you agree with our thoughts on the subject, we urge you to sign this document and help to spread the word via any social media platforms you happen to use. Every signature counts towards this endeavour, so thank you in advance.

What We are Calling For

We are calling for an act of Parliament to be created that will protect security workers by offering harsher punishments to those who would attack them. 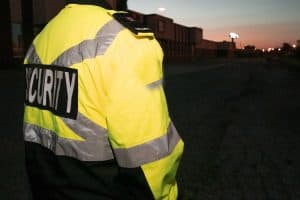 act would be similar to the ‘Assaults on Emergency Workers Act 2018’, which effectively doubled the maximum sentence for those perpetrating assault against police officers, firefighters, NHS workers (including hospital staff and paramedics), prison officers, custody officers and search and rescue personnel. Security workers (not counting those employed by hospitals) were sadly exempt from this act.

Our previous petition, which closed in February of this year, formally requested that the UK government consider amending the ‘Assaults on Emergency Workers Act’ to include security workers.

The petition garnered an impressive 4,046 signatures but would have needed 10,000 or more in order to be discussed by any elected representatives.

Nevertheless, our hopes remain high for our second attempt. After all, there are over 378,000 SIA-licensed security personnel currently working in the UK, the vast majority of whom are likely to be online in some form or fashion – and this issue effects all of them.

As we have stated elsewhere, licensed door staff are trained and vetted front-line workers who occasionally have cause to act as first responders. They are also frequent targets of violent assault and/or harassment who require protection like any emergency service. Accordingly, we are formally requesting.

Who Should it Cover

We feel that this ‘Security Workers Act’ should cover every SIA-licensed security worker in the UK, as long as the incidents take place while they are at work.

At the very least, this proposed legislation should cover all security workers that operate on the front lines or are considered to be ‘in harm’s way’ in any fashion.

We feel that the job performed by security workers is very important but is all-too-often swept aside or else totally overlooked, not only by the public, but also by people with the power to change things. The exclusion of security workers from the ‘Assaults on Emergency Workers Act’ confirms this in our eyes.

Why Security Staff need to be Covered

The ‘Assaults on Emergency Workers Act’ was created in response to escalating violence against first responders, police, NHS staff, prison officers, parole officers and more besides.

Between 2017 and 2018 (when the act was finally passed), more than 26,000 attacks on police officers and 17,000 attacks on NHS staff were reported to have occurred. This marked a 10% increase in violent attacks against NHS staff (at the same time, it was revealed that 72% of ambulance drivers have reported being attacked while on duty), as well as a 34% increase in attacks on police already reeling from a series of particularly brutal government spending cuts.

With less assistance from the police, security workers are regularly finding themselves overworked and often operating in unfamiliar territory.

The general rise in violent crime (which has increased by as much as 87% over the last decade or more) has placed the people of Britain at a higher risk of experiencing violent assault than at any other time in the last decade. Britain’s security workers are exposed to this environment every time they work. They are clear targets for abuse and assault, yet are afforded no more legal protection than any other member of the public.

The stress from this situation is starting to show. In 2015, an official SIA report revealed that 96% of its 800 participants (that’s 768 SIA licensed security workers) had experienced one or more forms of abuse while at work. 70% had been the targets of physical assault, while 34% (272 people) had actually been hospitalised.

Damningly, the study revealed that nearly 40% of its respondents were experiencing symptoms linked to Post-Traumatic Stress Disorder (PTSD). PTSD, which can be caused by abuse and assault of various kinds, has been strongly linked to depression and even suicide

Our own recent study into violence against security workers is the largest ever undertaken and also attests to a worsening pattern of violence being perpetrated against Britain’s security workers.

According to our findings, 36% of UK-based security workers are attacked on a monthly basis, with the same amount having to use reasonable force as a means of either self-defence or defence of others. More than half are verbally abused every time they work and as many as 48% are showing some symptoms that may indicate PTSD.

Of the 1224 people we questioned, 86% told us that the violence they see at work had significantly worsened over the last 5 years.

With all this data (and more besides – this piece is intended merely as an overview), available from multiple, credible sources (including the government’s own figures), it seems dismissive, even negligent, not to consider taking some action that can lessen the risks faced by security workers.

After all, they spend their professional lives protecting the British public, as well as our public transport, businesses, hospitals, storage facilities, leisure spots and public places of all kinds. Do we not owe them the same care and consideration that they regularly show us?

The statistics are making a clear and unambiguous point; a lot of people in Britain feel that they can assault security personnel with little – if any- fear of recourse. This, of course, is totally unacceptable. If it became common knowledge that attacking a door supervisor or supermarket security guard was punishable by up to double the maximum sentence already in place, it seems certain that less people would try to harm them.

Today, many security guards wear personal cameras, and almost all venues feature some sort of CCTV. Any assault captured on camera would result in a harsher punishment, which would hopefully deter many would-be attackers. As a deterrent, this could not only increase the safety of security staff across the UK, it could also help to keep the customers safe. This is, after all, the most important duty of any security worker.

Giving security staff better protection at work, could have the knock-on effect of stimulating growth within the security industry.

How are we going about it

The government has the ability to create the legislation we propose. The ‘Assaults on Emergency workers Act’ passed muster in both the House of Commons and the House of Lords. It also received royal assent. It seems likely that a companion piece, this time specifically protecting security workers, would achieve similar success.

Time will tell as to how successful this endeavour will be. However, we feel that something must be done to protect security workers who are in harm’s way. To sit by and do nothing when a possible solution was present and possible would be tantamount to moral cowardice.

Part of our mission at ‘Working The Doors’ is to highlight and promote the good work being done every day by Britain’s security workforce. It is also to advocate for their right to protection under UK law. Security workers are worthy of our collective respect and gratitude, but all too often they don’t receive it. By pushing for this legislation, we hope to help change that fact.

When will this Happen

Even if MPs do not agree to pursue the matter further, we hope that their discussion (along with any media attention generated by it) may at least bring the issue further into focus in the hearts and minds of the British public and its elected leaders.

To this end, we implore you to sign the petition and to share it widely across social media. Taking a few minutes to post to your social media accounts would make a huge difference to us in the pursuit of this worthy endeavour.

Place your support for this petition by clicking the button below 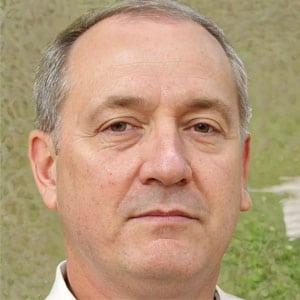 Who is Steve Johnson…

Steve is happy to put his name to this petition on behalf of WTD, Steve is a content manager at workingthedoors.co.uk, having spoken to many security individuals in the last year through many of his articles and the survey on the levels of violence that security workers face on a daily basis, he has spearheaded the push to give those with SIA licences more protection.

“We have a long way to go for this to get into law, but it starts with this petition and every signature counts”