At first glance, the reasons for posting security workers outside buildings and venues may seem glaringly obvious. However, there’s more to it than many people think…

In this feature, we’ll look at every aspect of a door supervisor’s job and why what YOU do is vital to the night-time economy in this – and any other – country.

Many companies employ people they refer to as ‘Brand Ambassadors’ in order to help promote their product or services. These can be anything from big name celebrities advertising a company’s products, to online content generators cultivating followers and even parents or students earning a little extra cash by selling products door-to-door or online. This is a popular marketing strategy and is commonly used around the world.

A door supervisor is the first employee of the pub, club or venue that the 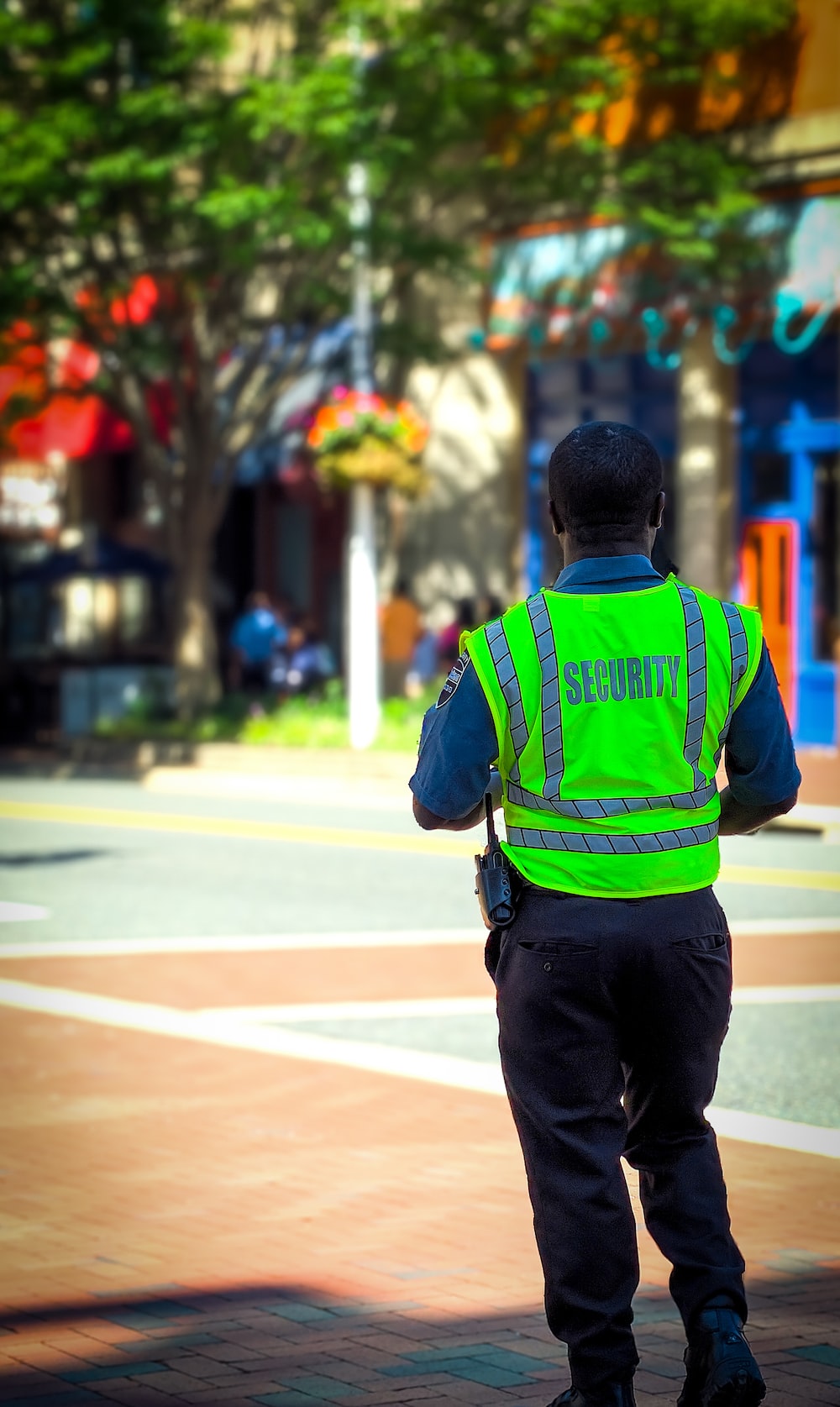 patron sees upon entry. As any marketing professional will tell you, the branding of a venue should be visible and consistent on everything from the logo outside to the décor within. As a door supervisor, you are a part of that branding.

A patron’s interaction with you sets the tone for what they think of the venue itself. So, if the door supervisors are brusque and unfriendly, this will likely be their first impression of the venue.

Quite frankly, this is bad for business; both for the venue as well as your company and yourself.

If, on the other hand, the door supervisors are professional and polite, the patron will feel more at ease and will be more likely to return in the future, possibly bringing friends and family along as well.

Even, or perhaps especially, if the club or venue is branded as a place for chaos and lawlessness to reign (as some are), the patrons will want to feel like they are being protected by professional, well-trained security workers.

It is, therefore, important to look the part, as well as to work on your people skills and become as likeable as possible.

You are the first ambassador for the venue. You are the face people see outside and their first clue as to what sort of experience they are going to have inside. You owe it to the patrons, the venue, the company and most of all yourself to appear smart, capable and approachable whenever you’re posted outside.

You are also an ambassador for the profession itself and how people view door supervisors in general can be influenced by how you conduct yourself while at work.

Today, as we attempt to recover from the ravages of a global pandemic, venues are permanently closing at an unprecedented rate. Those that survive will likely be the ones that people trust, with an atmosphere that they enjoy and can feel safe in.

You have a hugely important role to play in that.

The door supervisor’s most important job is to keep people safe.

An older, more stereotypical view of a door supervisor or ‘bouncer’ is of a brutish thug who is simply spoiling for a fight, kicking people out of nightclubs and/or roughing them up based on his own personal prejudices. There are probably instances wherein this was the case, but with the job as it is today, it’s unlikely that such a person could hold an SIA license for very long (or even qualify for one in the first place). 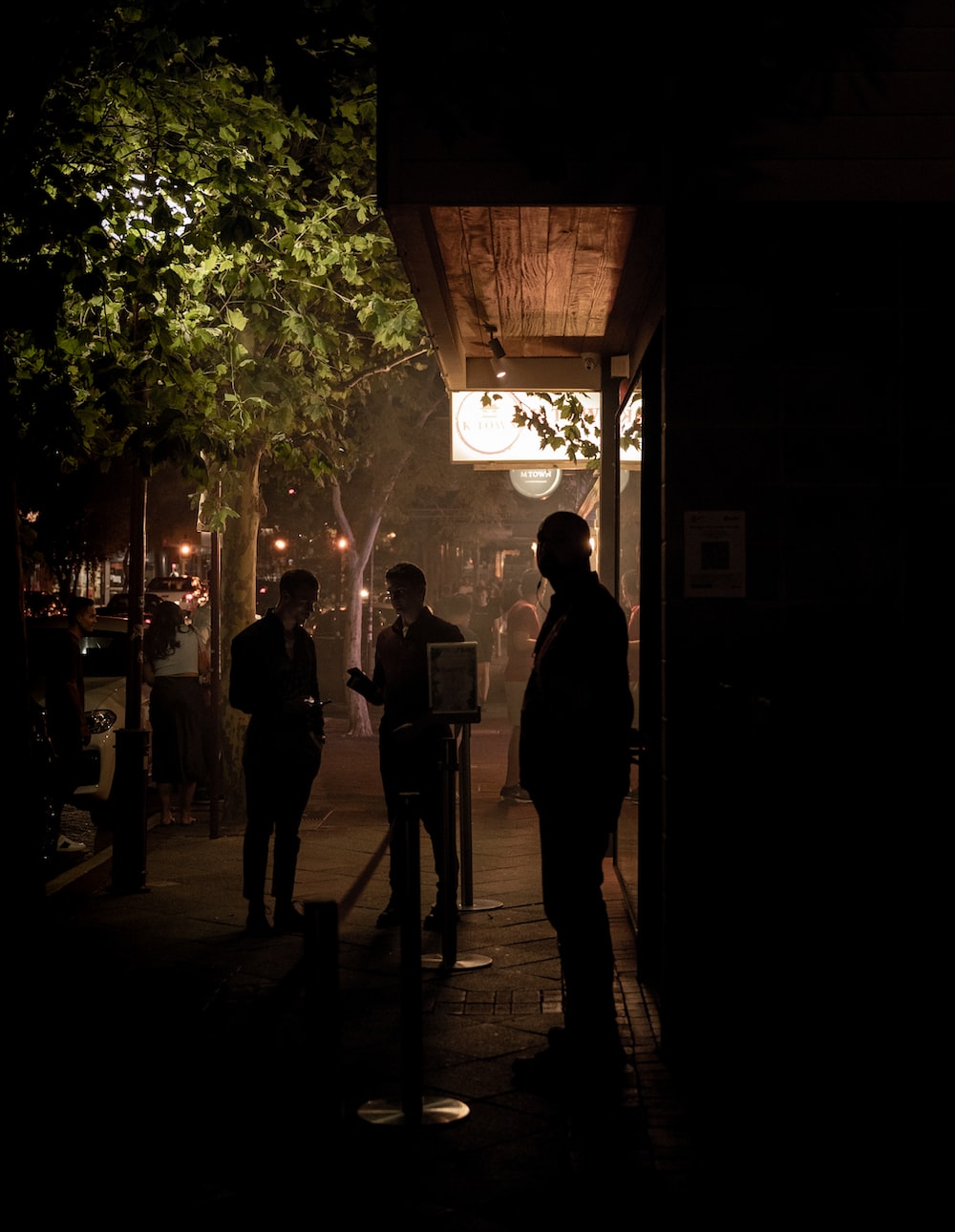 Door supervisors are protectors, not aggressors. They are guardians, not thugs. Their job is to safeguard those inside the venue, to screen out undesirable patrons or troublemakers and to create a manageable, law-abiding premises for all patrons and staff inside.

This is not a small responsibility by any means – and every door supervisor worth his or her salt takes it very seriously indeed.

Door supervisors have a number of other duties, including safely controlling the entry of patrons inside the venue, as well as ensuring that there is not an unsafe amount of them, handling emergencies of various kinds, liaising with local police, ensuring that nobody has brought anything illegal or dangerous onto the premises, by searching those they believe have, and that everything is above-board and in accordance with the law.

Door supervisors also prevent those with false documentation from entering age-restricted venues. This is important, as selling alcohol to minors is a very serious offense and can actually threaten the existence of the venue itself if it happens too often.

Door supervisors are also regularly in harm’s way. If a patron becomes violent or aggressive, the door supervisor will put him or herself between them and the other patrons, and have equipment like a body worn camera, radio and earpiece and other equipment, that helps them do their job.

If a patron is carrying weapons or contraband, the door supervisor will deny them entry or confiscate these dangerous items in the interest of public safety.

Door supervisors must deny entry to those they would deem a threat or a potential hazard (for example, a patron who is in possession of fake documents or contraband or is heavily inebriated).

Here’s an example of the quieter, less obvious duties a DS routinely undertakes. In instances where a queue has formed, door supervisors must also monitor the queue itself, ensuring that there are no undesirables present in the line and that everyone present is behaving themselves.

A good door supervisor may take this opportunity to talk briefly with some of the patrons. Not only does this put them at ease, it also affords the DS the opportunity to get a sense of who they are, whether they are underage or too drunk to enter.

The DS may also explain the reasons for the delay, which alleviates anxiety and frustration. The goal is to encourage an active waiting experience, as opposed to a passive one. It’s also much better to turn people away before they have had to queue up for an extended period of time.

In some cases, door supervisors will also be required to ensure that the venue’s patrons are a vibrant, diverse group that poses no threat to themselves or each other. They will do this by ‘cherry picking’ who enters and who does not, thus controlling the numbers of patrons, as well as the ratio of males to females and how large the groups inside are. However, this must always be done fairly, without prejudice and with safety as the utmost concern. It is another key responsibility of many door supervisors.

All of these things help patrons to put their faith in the door supervisors which, in turn, helps both the venue and the security industry to continue turning a profit.

Door supervisors are often the first ones on the scene if a person is hurt or an accident occurs. There have been reports of security personnel delivering babies, performing mouth-to-mouth resuscitation, administering first aid and otherwise saving lives. 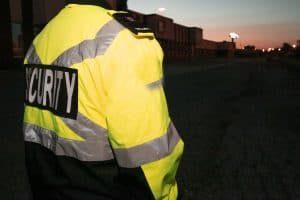 Every door supervisor should have a basic level of first-aid training, as well as fire safety training and some level of mediation or conflict resolution training. Accordingly, door supervisors are people that others look to in emergencies and difficult situations.

Once again, this is a big responsibility.

Door supervisors are often the ones placing calls to the police, ambulance or fire brigade, or else performing citizen’s arrests and working closely with local police in order to ensure that the streets around the venue are as safe as possible.

Door supervisors are there to help – and are always prepared to do so.

Pre-pandemic, the evening and night-time economy was potentially worth an estimated £60BN to Great Britain. Door supervisors are a huge part of that income, aiding the safe spending of money and enjoyment of good times all across the nation.

Why work the doors? Because it’s good work, it’s honest work, it benefits others and it’s important. Good door supervisors are men and women of courage, with diverse and varied skillsets. They help people to go out and escape their troubles after a long week of work and they are always prepared to be of service.

That’s why what you do matters so much. That’s why working the doors is important.