A WOMAN assaulted a doorman after being ejected from a town centre pub. 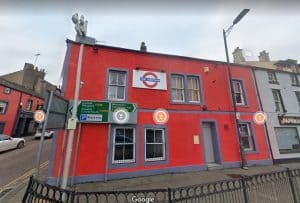 Demi Lee, 20, and another woman were parted and asked to leave The Junction pub in Workington on December 12 last year, after a door supervisor was made aware of an incident on the dancefloor.

Workington Magistrates’ Court heard that Lee had then attempted to get back inside the pub. The door supervisor came back outside and saw Lee involved in an incident with the woman.

Pamela Fee, prosecuting, told the court that Lee had been taken away by the door supervisor, however in an attempt to hit the other woman, she struck him to the face, with a punch.

A statement read out to the court from the door supervisor said Lee had then hit him again and door staff took her to the ground. Police had then attended.

A woman who worked in the bar next door saw the incident taking place and came outside, the court was told.

Police placed hand cuffs on one of Lee’s hands. She was struggling and thrust her arm out with an open cuff, which injured the woman on her arm, removing the skin.

Officers who attended the incident said that Lee “became obnoxious” and “appeared to be under the influence of some sort of substance other than alcohol”.

Lee was interviewed by police and denied the assault on the door supervisor. She said she had been at The Junction but wasn’t fighting – she had been hit on the dancefloor.

She said she had “panicked” when she was taken to the floor and didn’t want to be arrested.

Claire Kirkpatrick, defending, said Lee had started to struggle while being restrained and the female victim, who worked in the bar next door, had recognised Lee from school and was watching to see what was going on.

She said Lee had not been taking any substances but had been drinking.

Ms Kirkpatrick said the defendant has a two-year-old child and does not go out very often. She had become involved in an argument with a female and “things had gone from bad to worse”.