A much-loved Sheffield doorman who was a well-known face at the city’s pubs and clubs during the 80s has sadly died. 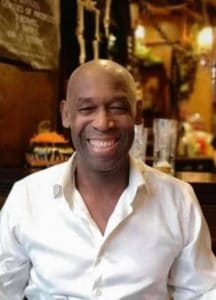 Mick Forbes plied his trade at numerous venues but was probably best known for his time on the door of the legendary Roxy nightclub at what is now Arundel Gate’s O2 Academy during the 80s.

He also worked for more than 15 years with some of the biggest names in snooker, including Alex Higgins and Jimmy White, looking after them when they came to the Crucible for the World Championship.

He was a talented cueman himself, who worked with children who had learning disabilities at the city’s Trick Shots snooker hall.

Mick, who lived in Fox Hill but spent much of his time in and around Hillsborough, died on Monday, May 3, aged 64, following a short battle with cancer.

His niece Shirleena Celestine told how despite being born in Jamaica he was a ‘proud Yorkshireman’ who loved the community in which he lived and made a difference to so many people’s lives.

“Michael was the heart and a lot of the soul of our family. He loved his family, especially his mum Muriel, and the charity work he did right across Sheffield speaks to who he was as a person,” she said.

“He led with his heart and to know him was to love him. During his final days at hospital they told us his heart was so strong and we smiled when they said that because that’s Michael. He had the biggest heart and he’s going to be hugely, hugely missed.

“I nicknamed him Superman because you knew when he was around you were safe and you were going to have a laugh.

“People often say it’s at someone’s funeral that you see how well loved they really were but with Michael it happened before that.

“The moment anyone caught a whiff that he was unwell, everyone came from all four corners of Sheffield to ask what they could do, and as a family we’e been wonderfully surprised by the love and passion they’ve shown.”

In recent years, Mick had worked as a builder and made a big impression at SteelyardKelham, the new retail and events hub in Kelham Island which he helped to construct.

Martin Mcgrail, one of the owners of SteelyardKelham, said: “Mick was the face for SteelyardKelham during its build. He’ll be missed by all at SteelyardKelham and the much wider community. You’ll never meet anyone with a bigger smile. It’s a very, very sad day.”

Lewi Stokes, a close friend and former employer, said: “Mick was a one in a million guy, with a great personality and a great smile.

“It’s amazing how many people knew him. He’s like a celebrity round here and everybody’s gutted.”

Mick was known to many people as a football coach, with his former clubs including the Shakey pub in Hillsborough.

A charity match is being held in his memory, with former Premier League referee Uriah Rennie lined up to officiate.

Lewi said that such was Mick’s popularity he expects ‘a few thousand’ people to turn out for the event at the Jubilee Sports & Social Club on July 4.

Doorman punched in face as he opened up Blackburn Nightclub, ordered to pay £100 compensation