Tributes have been paid to an “honest, loyal and selfless” former security guard who has died aged 59. 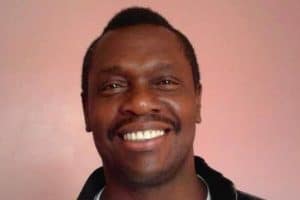 Ian Newman was a well-known figure around both Newport and Cardiff, having worked as a restaurant manager and security personnel in different clubs and bars for many years.

Born in Kingston, Jamaica, the 59-year-old father of seven and grandfather of four had lived in Newport since he was nine.

“My dad was the most honest, loyal, selfless man you will ever meet,” Ian’s son Marcus said.

“[He was] where people came for security, comfort and guidance. He will never die, he lives in us.”

Ian’s son Aaron added: “I will miss my dad; his positivity, his ambition, his sense of humour – but most of all, his cooking.”

Ian attended Tredegar Wharf Primary School, William Street, Pillgwenlly, and Duffryn High School. Ian was brought up in the Gaer Vale and lived in Rodney Road at the time of his death.

Ian’s family said he had been a popular figure the community in Newport and Cardiff, having spent many years as the manager of the local KFC and as security personnel in clubs and bars including Cinderella’s, Metros and Cardiff Bay Salt Bar.

They said Ian was an avid fan of cooking and Marvel, adding that he enjoyed drama at school and appeared in HMS Pinafore and Oliver! among other productions.

A sports fan and an ardent Arsenal supporter, he also enjoyed roller skating and was a passionate member of Maskells roller hockey team.

He had also been a business owner and had run two videos stores in Newport during his twenties.

Ian’s family added that he loved to travel to his native Jamaica and the Caribbean and had recently visited Cuba.

More recently Ian had worked as a long distance driver, which his family said had allowed him to experience every corner of Wales and the rest of Great Britain.

Ian’s sister Caroline said the family were “devastated at the loss of our big brother, who has known us our whole lives and who was our protector for a long time.”

Ian’s partner Michelle said: “Ian was my rock. He always put his family first, always listened and gave the best advice to all and I will forever will hold our precious memories.”

Tributes can be paid to Ian Newman at www.forevermissed.com/ian-newman