A drinker attacked a doorman in front of his mates as he was being escorted from a pub, a court heard. Oliver Hudson, 24, began causing trouble in the White Lion in Melton on the night of Saturday, May 21 last year. 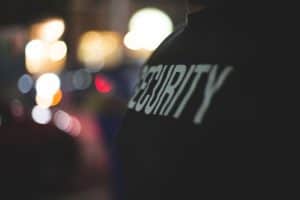 Nicola Patten, prosecuting, told Leicester Crown Court: “It was the first weekend that pubs were allowed to open after the Covid restrictions. The defendant tried to sit on a table where six people were already seated, when the rule of six was in place.

“He sat with a couple who did not know him and refused a polite request to leave their table.” He defiantly told a doorman ‘make me leave.’

The prosecutor said: “The doorman was using open-handed gestures, trying to persuade him to move and was escorting him out of the bar and into the garden.” Friends of the defendant began making comments and the doorman shoved Hudson into the beer garden.

He then turned to assist a colleague, who was dealing with an argumentative woman, when Hudson suddenly punched him to the left side of his face with a clenched fist. The defendant threw another punch, but missed. The two men ended up “struggling” on the floor.

The doorman suffered a fractured and dislocated finger on his left hand during the altercation. Miss Patten said: “The defendant also grabbed the victim’s beard and only let go when a colleague came to assist.

“The group of individuals were egging Hudson on while others were trying to restrain the defendant, who was seeking to continue.” In interview, following arrest, Hudson said he had consumed “a lot of alcohol” and had himself ended up with a bruised and bloodshot right eye.

In a personal impact statement read out by the prosecutor, the victim said the attack was a contributory factor in his decision to give up the door staff job, because the risk of being badly hurt when he had a family to consider meant “it’s not worth it.”

He added: “All his (Hudson’s) mates got involved and inflamed the incident. It could have been avoided if he’d just listened to me.”

Fergus Malone, mitigating, said references spoke well of Hudson as a polite, respectable and hard working young man, who had no previous convictions and acted wholly out of character. He said: “He’s now moved from Melton and resides with his father in Grantham.”

Recorder Adrian Reynolds said: “Your previous good character saves you from immediate prison today. You were obviously drunk and maybe it involved some post lockdown excess.

“The doorman was just trying to do his job, an unenviable job, having to deal with people who get drunk and behave unreasonably. You appeared to be leaving peaceably until you saw your friends and decided to punch him and ended up struggling on the floor, causing a serious injury that has affected his life, to some extent.

“Your employer confirms you’re a hard worker and I accept this incident was out of character and you’ve never done anything like this before or since. I will give you a chance.”

Hudson was given a six month jail sentence, suspended for two years, with 100 hours of unpaid work. He was ordered to pay the victim £1,000 in compensation as well as £425 court costs.