An Asda security guard suffered a stroke after being punched in the face when quizzing a group about suspected shoplifting, a court has heard. 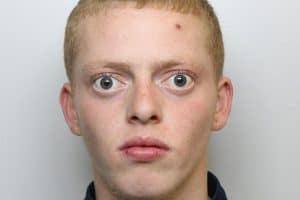 Reece Booth, 21, attacked the worker at the supermarket on February 27, 2019, reports Leeds Live.

Prosecutor Mark Kellet told Leeds Crown Court that a woman was seen acting suspiciously in the store before joining three others outside, including an 11-year-old and Mr Booth.

The security guard stopped the group and asked for a receipt for items in the woman’s basket when Mr Booth allegedly became aggressive and started taking off his jacket.

He was asked why he was speaking an ‘African’ language and he replied: “My mum’s half-caste, you racist b*****d.”

Mr Booth then struck the male security guard on the chin.

The victim developed pain to the left side of his ear and an ambulance was called. A doctor later informed him he had suffered a stroke as a result of the trauma from the altercation.

Mr Booth was jailed for two and a half years after pleading guilty to inflicting grievous bodily harm.

He also pleaded guilty to affray in relation to an attack at a National Express coach station in Leeds City Centre on December 28, 2018, in which a group racially abused a woman before attacking her boyfriend with railings and chairs.