A man who stabbed a shop security officer with a syringe has been banned from Bristol city centre for six years. 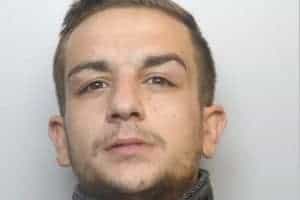 When challenged he threatened the security man before plunging a hypodermic needle in to his hand.

He also pleaded guilty to possessing synthetic drug Spice, being concerned in the supply of Spice and assaulting an emergency worker in offences spanning January to May last year.

He told Kyriacou: “The complainant, at the very least, will have been extremely concerned about the whole experience, in particular the use of a weapon and the nature of the weapon.”

The judge handed Kyriacou a six-year Criminal Behaviour Order banning him from a specified area of Bristol city centre.

After being released under investigation he was later found with Spice in Broadmead and claimed it was for personal use.

The court heard he was found with Spice on two later occasions.

In January this year, after stealing perfume from Superdrug, Kyriacou was challenged and stabbed a shop security man in the hand with the hypodermic needle.

Anthony Bignall, defending via video link, said his client had had a difficult early life and had developed mental health problems as a result, as well as a problem with drugs.

Mr Bignall said: “He is very keen to be treated.”

Doorman sustained a suspected fractured eye socket, broken nose and a suspected broken hand, when he was attacked outside Colchester Yates