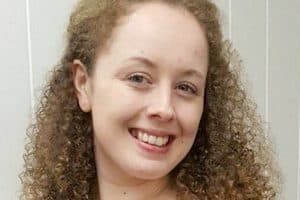 Samantha Oxborough has been chosen to sing the English national anthem at the opening ceremony of the Birmingham 2022 Commonwealth Games. The Birmingham Conservatoire graduate, 28, will open the international sporting event that will see HRH Prince Charles in attendance representing Her Majesty the Queen.

The Lancashire-born mezzo-soprano singer will take the stage in front of 35,000 people at the Alexander Stadium. It is estimated that around one billion people across the world will watch her performance of God Save The Queen before major West Midlands-born acts, including Duran Duran and Tony Lommi, take the stage.

The opening ceremony will last three hours from 8pm to 11pm for the international sporting event which runs from July 28 to August 8. The tournament comprises of 72 teams from 54 Commonwealth countries and 18 territories.

Samantha was a young artist at the National Opera Studio from 2019-2020. The talented singer was picked from hundreds of applicants to receive some of the best training in the operatic world.

As a mezzo-soprano singer, Samantha has the second highest female vocal range between sopranos (higher) and altos (lower). Classically trained, Samantha works as a soloist and has also performed at weddings, funerals and birthdays.

Originally from Ribble Valley in Lancashire, the singer went to Sabden Primary School and Ribblesdale High School with her music studies supported by the Pendle Young Musicians Bursary. The operatic singer’s music career has gone from strength to strength and she has won many awards and accolades.

One was the Snt. Clare Barfield Memorial Bowl for Operatic Distinction awarded by Andrew Lloyd Webber’s brother, cellist Julian, in 2016. If her prestigious performance alongside a 700-strong choir in front of royalty isn’t enough, Samantha will remain at the Games after the opening ceremony to work as a security officer.

In an interview with the Lancashire Post, Samantha revealed she obtained an SIA security licence during lockdown. She also re-trained as a carer working with children with disabilities.

Nightclub at risk of losing its licence, has been let off with a warning