A MAN who stole a can of Red Bull from a Tesco store told a security guard “I have a gun”. 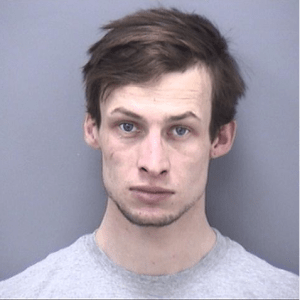 Michael Eric Day handed over an imitation Glock-style pistol to the Bournemouth town centre store detective and asked him to put it in the bin, Bournemouth Crown Court heard.

Day, 25, and of Nortoft Road, Bournemouth, pleaded guilty to charges of theft and possession of an imitation firearm while committing an offence.

Prosecuting, Tom Wright said the defendant shoplifted a single can of Red Bull from the Tesco shop in Bourne Avenue on February 13.

Mr Wright said when the store detective confronted Day outside the shop, he asked him to come back inside and questioned if he had anything on him.

The offender told him “I have a gun” and handed the imitation firearm to the guard before asking if it could be binned.

The court heard that the security guard made it clear he had to report the matter.

The defendant was arrested a short time later and interviewed by police.

Mr Wright said the defendant made admissions, adding that he carried the imitation firearm as he had recently been robbed by four people.

Mitigating, Robin Leach said: “The defendant was out of the store when he was asked to come back in. He came back in voluntarily.

“Asked if he had anything on him and he produced this gun.”

The court heard the imitation firearm was broken, could not discharge anything and was not used to threaten or intimidate anyone during the incident.

Judge Robert Pawson said “it would be hard to imaging a less serious” set of circumstances for a possession of an imitation firearm while committing an offence case.

“You carried it (the imitation firearm) because you said you had been a victim of an offence yourself and it was for protection – misguided Mr Day as it turned out,” said the judge.

He added that wandering around in public with a firearm, even an imitation one, was a serious offence.

The judge said that he had confidence the defendant would be able to change the direction of his life given the progress he had made recently.