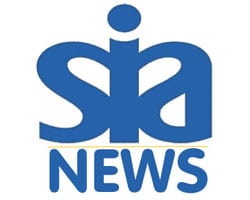 the Private Security Industry Act (PSIA). They must pay the sum within three months or Woods will face a six-month jail sentence.

Woods and Campbell were additionally fined £250 and £150 respectively. The company was also fined £250. The directors are required to pay within three months or risk seven days imprisonment. The Security Industry Authority (SIA) brought the prosecutions against the company and its directors, primarily for falsely purporting to be SIA approved contractors.

Between August 2020 and February 2021 Woods, as director of Kenden Security Ltd, promoted the business as an SIA approved contractor. Kenden’s website displayed the ACS logo and stated that the company was approved.

In fact, Kenden Security Ltd has never been an SIA approved contractor and neither director was licensed. Woods, who became a director of the company on 31 May 2007, was formerly licensed. His licence expired on 01 May 2020.

Bruce Campbell worked as an unlicensed director of Kenden Security Ltd between 01 January 2018 and 22 September 2020. It’s a requirement under the Private Security Industry Act that security company directors must hold a valid SIA licence.

Between January 2018 until May 2022 Kenden Security Ltd held a security contract for Teesside’s MacMillan Academy.

SIA investigators made a number of attempts to reach Woods seeking a Kenden Security staff list. Kenden’s response was that staff had been furloughed due to the pandemic. Woods told the SIA that due to the pandemic his licence renewal had been overlooked (Campbell never held an SIA licence).

Woods, as director of Kenden Security deliberately failed to renew his licence while Campbell never had a licence yet they chose to pursue their business interests illegally whilst falsely claiming to be approved contractors. The court has seen fit to recoup more than £6000 in fines and the proceeds of their offending from them. Legitimate approved contractors were potentially denied valuable business by the actions of Woods and Campbell, who skewed the security market during a difficult time. The SIA will continue to seek out and pursue those businesses that illegally promote themselves as being accredited approved contractors.