A university student has avoided jail after punching a Tesco security guard over a dispute about a 10p shopping bag. Douglas Aigbedo, 25, had gone to the 24 hour store on Hyde Lane, Gorton, with a woman and two children, when he went to buy a pair of socks and a bag from the self service section.

However, the machine indicated that something was wrong, either the items weren’t paid for, or Aigbedo needed some help, Manchester Crown Court heard.

The security guard came to assist and at first believed the socks and bag were not paid for, but Aigbedo insisted that they were and walked off towards the main door.

As the guard returned to help another customer at the tills, Aigebdo, of Crumpsall, approached him and shouted: “you c**t, don’t touch me,” before punching him twice to the face.

The blows were so hard that it forced the guard to fall over a railing behind him and hit his head on the tiled floor.

The victim was left with a broken nose and an injury to his right leg.

Aigbedo pleaded guilty to unlawful wounding and he was handed a 12 month community order after the sentence was deferred for 12 months to allow him to pay compensation to the victim.

Outlining the facts of the case at a hearing in October last year, prosecutor Gavin Howie said that the security guard was working a late shift when Aigbedo came into Tesco with a woman and a couple of children between 12.30am and 1am.

“It was very quiet at the time and after 10 minutes the guard said a staff member asked him to go and watch the self service tills whilst they took some sort of break,” Mr Howie said.

“He walked over and he said the defendant was in the self service area.

“There was a red light illuminated, and this appears to have been the backdrop against which these events unfolded.”

After checking the area it seemed at first glance that the two items weren’t paid for and he spoke to Aigbedo who insisted he had paid, then walked towards the main entrance.

The guard followed and repeated his assertion that it looked like items had not been paid for, but then returned to the self service area to assist another customer.

It was then that Aigbedo returned, stood behind the guard and shouted: “You c**t, don’t touch me.”

“His fists were clenched and he saw the male throw two punches towards the guard which he described as forceful, and that caused him to fall over a railing that was behind him.

“He ran towards the male and restrained him and told him to leave the shop.

“The defendant, he said, shouted: “I told you not to touch me. This is why I don’t get angry.”

The guard was placed into the recovery position by another colleague whilst an ambulance was called.

He was taken to Manchester Royal Infirmary where he underwent a CT scan and X-ray which showed he had sustained a broken nose and minor deviated septum as well as an injury to his leg.

In a victim personal statement, the security guard said: “I continue to get headaches at the back of my head due to the assault.

“I am still getting flashbacks and panic sometimes when strangers walk towards me.

“I continue to feel emotionally disturbed when I look on how my life has changed.

“I used to work five times a week. I now only work three shifts a week, and also I cannot do household tasks the same, like lifting heavy objects. I get dizzy.

“I just do not have the strength, following the assault.

“This has been a life changing injury for me.”

In a police interview Aigbedo claimed he was acting in self defence as he had had abuse hurled at him over an argument over the 10p bag.

He said he had slapped the security guard to the face once, but worried that he would assault him, he punched him twice to the face.

Aigbedo was said to have no previous convictions, except one caution for a public order matter.

In mitigation at the earlier hearing, it was suggested by his defence lawyer Anthony Longworth that Aigbedo accepts that his actions were unjustified, he is ‘bitterly ashamed’ and the offences were out of character.

He said that his client, who was studying Aeronautical engineering, has been collecting money to pay £6,000 compensation to the victim.

The sentence was deferred for six months to see if he could pay the full sum, which he has now done, the court heard.

Sentencing, Judge Anthony Cross QC said: “I deferred sentence to ensure the victim was compensated, and the reality is the defendant has paid £6,000.

“He has also completed an anger management course.

“He is a young man making a positive contribution to society.

“A custodial sentence is no longer necessary, I expect him to repay society for what he did by doing some unpaid work.

“He is intelligent, he has a talent that should be used for the good of the community.

“Mr Aigbedo, when you came before me, you probably thought you were going to jail and you were very close to doing so.

“However, some people have trust placed in them and you are one such person.

“You have shown you can reform yourself.” 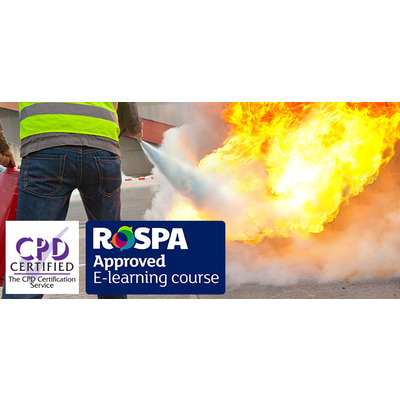