Loving dad and partner Terry Gullen left his MK home on Tuesday evening to buy a packet of cigarettes. 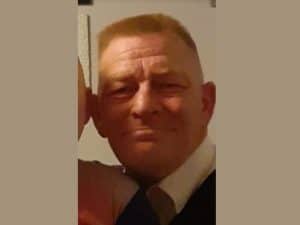 He has not been seen since and his car has disappeared, said his distraught partner of 10 years, Corrinne Morgan.

His family’s fear that 53-year-old Terry may have been taken by force and have asked police to investigate.

“We are convinced he didn’t just go on his own. He would never do that and leave us so worried,” said Corrinne.

She said Terry left their Lakes Estate home in a good mood at 8.30pm, saying he was going to the Co-op to get some cigarettes and would be back soon.

“He left a beer on the side ready for when he got back. I know he hasn’t gone missing of his own accord,” she said.

“We have a son who his seven and is autistic. Terry has two older daughter too. He would never leave his children.”

Terry was last seen at the car park of Garry Close and Tummel Way on the Lakes Estate at 8.30 that evening. His car is a blue Peugeot 406 and the registration plate starts with X608.

He had his car keys and house keys on him, but all the cash he had was a £10 note. Police are currently investigating whether or not his bank account has been used since Tuesday evening.

But Corrinne says the biggest and most sinister clue is that Terry has not been active on Train Station, a game he is passionate about in Facebook.

“He plays it all the time and has to log in each time. We can tell he hasn’t logged in since the night he vanished – and that is really worrying,” said Corrinne, who is worried he could be being held somewhere against his will.

“Terry, if you see this post please reach out to your family who miss you,” she said.