LONDON — Security teams at Britain’s Manchester Arena “should have prevented or minimized” the impact of the 2017 terror attack at an Ariana Grande concert that killed 22 people, a public inquiry finds. 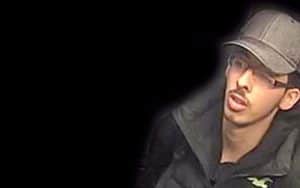 The suicide bomb attack, as concert-goers were leaving the show, was perpetrated by 22-year-old Salman Abedi, a Mancunian of Libyan descent.

In a report examining security measures at the venue in northwest England, inquiry chairman John Saunders says Arena operator SMG, security provider Showsec and British Transport Police all missed opportunities to either prevent or mitigate the attack, which took place on May 22, 2017.

“The security arrangements for the Manchester Arena should have prevented or minimized the devastating impact of the attack,” he writes.

“Salman Abedi should have been identified on 22nd May 2017 as a threat by those responsible for the security of Arena and a disruptive intervention undertaken.

“Had that occurred, I consider it likely that Salman Abedi would still have detonated his device, but the loss of life and injury is highly likely to have been less,” he adds.

The inquiry had heard that an officer from British Transport Police was supposed to be present in the foyer of the arena at the end of the show, where the bomb was detonated, but nobody was there.

A Showsec security guard also told the inquiry that he had a “bad feeling” when he saw Abedi around five minutes before the attack, but did not approach him for fear of being called a racist.

“I felt unsure about what to do,” says Kyle Lawler, who was aged 18 at the time of the attack. “I did not want people to think I am stereotyping him because of his race.”

Lawler says he had tried to radio the control room, but that he gave up as he could not get through due to radio traffic.