This document draws on recent research conducted in 2 surveys and research we have conducted in the past. It also uses data from the SIA licensing system. It provides a ‘snapshot’ of the door supervision sector as it is now and considers employment issues within the sector.

Data from our licensing system shows that the number of door supervisor licences and licence applications is the highest it has been in the last 10 years. Responses from our surveys suggest that some companies within the sector have found it difficult to recruit and retain door supervisors.

Responses indicated that the main barriers to retention are:

Working in the door supervision sector

Telephone surveys we conducted in 2021 indicate that pay rates are usually around £10-£12 per hour. This is roughly the same as was recorded in the research we conducted in 2006. Some responses indicated that poor employment practices still exist and that some door supervisors are paid cash in hand.

Cost of entry into the door supervision sector

Open-source research we conducted this year (2021) indicated that the cost of the door supervisor licence-linked training course is generally between £200 and £250. This year we introduced a requirement for first aid training, which has added around £50 to the cost of training.
Survey responses indicate that some companies charge staff for their uniform (if required) and relevant insurance.

The perception of those we have spoken to is that demand for door supervisors is slowly returning to pre-covid levels and that it will eventually rise above that.

Reports generated from our licensing system show that the number of active door supervisor licences is the highest it has been in the last 10 years – see appendix 1.

Similarly, the number of door supervisor licence applications in the last financial year (1 April 2020 to 31 March 2021) was the highest it has been in the last 10 years – see appendix 2.

Some companies have reported that they find it difficult to recruit door supervisors. Their responses indicate that:

Door supervision companies report the main barriers to recruitment and retention as:

Some door supervisors have found alternative work during the pandemic and are reluctant to return to the sector for these reasons.

Some of these alternative jobs are:

Respondents indicated that such roles are more attractive because they offer one or more of the
following:

Some companies reported that people who have previously worked as door supervisors are
reluctant to come off furlough pay, and some do not want to pay the application fee to renew
their licence.

Survey findings and data used to produce this sector profile

We have collated information from several different sources, including: 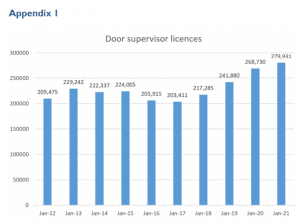 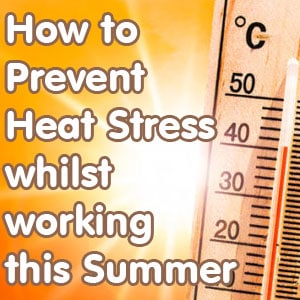