A PENSIONER told a court he feels “disgusted” with himself after he punched a security guard in the face at a holiday park. John McDaid, 70, left the guard with three loose teeth after the attack outside a pub at a holiday park in St Osyth. 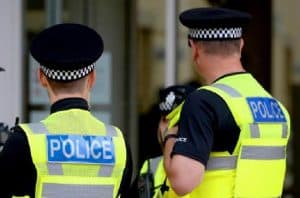 Colchester Magistrates’ Court heard the pensioner, who had no previous convictions, was found lying motionless on the ground in October last year.

The security officer asked if he was OK, but received no response.

McDaid stood up, walked to the rear of the pub and began banging on the windows, before returning to the front and punching the guard in the face.

Charles Corbett, prosecuting, said: “Staff wrestled him to the floor and the police were called.”

Elliott Moulster, mitigating, asked magistrates to deal with the case by imposing a conditional discharge pointing to the “very unusual” circumstances.

He said his client remembered very little as he himself had been the victim of a serious assault prior to the incident.

“He remembers being in the pub, watching the football that evening,” he said.

“The next thing he remembers was being in hospital and I understand it was touch and go at one time as to whether he would lose his life.”

Mr Moulster said McDaid had lost teeth in the attack, with the separate case now with the Crown Prosecution Service for consideration of a charge of grievous bodily harm.

“He feels disgusted with his actions and feels like he’s let down his whole family.”

McDaid was ordered to pay £179 in fines and court costs, and £100 in compensation to the guard.