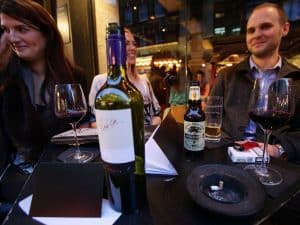 One in five nightclubs in Britain has closed over the past three years after the sector was badly hit during the Covid-19 pandemic, and the Government has been urged to intervene “before it’s too late”.

The Night Time Industries Association (NTIA) has shared figures which suggest the pandemic and current economic pressures have taken a heavy toll on nightclubs across Britain.

NTIA, a trade body representing businesses in the night-time economy, raised concerns about the latest CGA statistics, which state there are only 1,130 nightclubs left in England, Wales and Scotland.

1,130 – Number of nightclubs left in England, Wales and Scotland.

CGA, a data and research consultancy for the food and drinks market, recorded that there were 1,446 nightclubs in Britain in December 2019 and 1,924 in December 2014, according to the data shared by NTIA.

NTIA chief executive Michael Kill said: “Late-night economy businesses were one of the quickest sectors to rebound during the financial crash many years ago, harbouring an abundance of resilience and entrepreneurial spirit.

“It’s without a doubt that these businesses, particularly nightclubs, have a huge part to play in the regeneration of high streets in towns and cities across the UK.

“Beyond the generation of footfall through trade, domestic and international visitors to clubs support the local economy in secondary and tertiary purchases through accommodation, travel and retail.

The Government needs to recognise the economic, cultural, and community value of clubs and the wider night-time economy

Michael Kill, Night Time Industries Association
“It is also key to recognise that these businesses play a key part in people’s decision-making process, from choosing a university or college to influencing investment choices for businesses relocating or expanding, to accommodate for a young workforce, not forgetting the important part they play in people’s physical, mental and social wellbeing.

“The Government needs to recognise the economic, cultural, and community value of clubs and the wider night-time economy.

“We must protect these businesses, using every means possible, and recognise their importance before it’s too late.”

Treasury spokesman
A Treasury spokesman said: “We’ve stood behind the hospitality sector throughout the pandemic with a £400 billion package of economy-wide support that saved millions of jobs and offered a lifeline to hundreds of night-time businesses up and down the country.

“We also went long with that support through a Recovery Loan Scheme for nightclubs to grow and recover from unprecedented disruption.

“And at the Spring Statement we went further, announcing a £1,000 increase to the Employment Allowance which will cut taxes for hundreds of thousands of businesses.”