A man who attacked a Doorman outside the Thirsty Pigeon pub has been handed a suspended sentence. 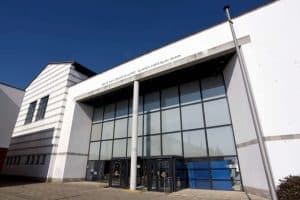 Aaron Lee Kelly punched the man in the face several times claiming that he owed him money.

The 41-year-old admitted common assault and provoking behaviour and was also ordered to pay the doorman £500 compensation.

We previously reported that the victim was working as a member of door staff at the bar in Victoria Street, Douglas, on April 15.

At 11pm, Kelly approached and swore at the man, saying: ‘You owe me money.’

He then grabbed the doorman by the throat and punched him in the face a number of times.

Kelly, who lives at Snaefell Road, was restrained by other security staff until police arrived.

A witness at the scene said that Kelly was swearing and telling the victim: ‘I’m going to knock you out.’

Kelly was described as slurring his words, smelling of alcohol, and unsteady on his feet.

After being arrested and taken to police headquarters, during a police interview he said: ‘I don’t need an advocate, I know what I’ve done.’

He also claimed that he had only thrown a punch as a ‘scare tactic’ and had not intended to hit the bouncer.

However, CCTV footage was said to have shown a number of punches to the face.

The doorman suffered a bloody nose as a result of the attack.

In December, Kelly was fined £600 for disorderly behaviour on licensed premises after a row and scuffle with bouncers at 1886 bar.

Defence advocate Kate Alexander said: ‘Essentially, Mr Kelly felt aggrieved that the complainant had borrowed money and not had the decency to pay it back.

‘Clearly he’s unlikely to get it now.’

Ms Alexander said that it had been a chance meeting rather than Kelly seeking out the man, and that it had not been a case of Kelly assaulting him while he was in the execution of his duty.

The advocate asked the court to take into account the article eight human rights of her client, saying that he was likely to soon become the sole carer for his child, as the mother was facing a possible prison sentence.

High Bailiff Mrs Hughes said that she had taken into account Kelly’s guilty pleas, the fact that he had accepted responsibility and expressed remorse, and that he had no previous custodial sentences.

But the main ground to suspend, Mrs Hughes said, was the child care issue.

The High Bailiff sentenced Kelly to 12 weeks custody, suspended for two years and also ordered him to pay £125 prosecution costs.

He will pay the compensation and costs at a rate of £70 per month.