A Northampton man has been given a suspended prison sentence after smashing the window of a town centre pub and assaulting one of the pub’s doormen. 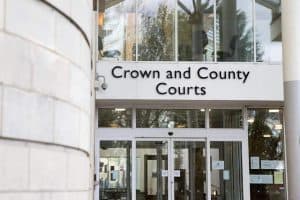 James Smith-Wilds, prosecuting, said that, at around 10pm on February 25 earlier this year, security staff at the Spread Eagle public house – on Wellingborough Road – were “concerned” by Murray’s “poor behaviour” and “intoxication.”

The court heard that Murray, after being asked to leave, grabbed a board outside the pub and threw it at one of the windows, smashing it.

One of the doormen reported that Murray assaulted him by kicking him, knocking him over and causing him “immense pain.” The victim added that the defendant then lunged towards him with a blade in his hand.

A personal statement provided by the victim said that the attack made his life “flash before his eyes” and, consequently resulted in him always feeling on edge when in public and having to give up his job in security.

The court heard that Murray was told to put the knife down, which he did, and police were called to the scene.

Mr Smith-Wilds described Murray’s behaviour as “aggressive” following the police’s arrival, threatening to spit on officers. He was arrested at the scene and gave a no-comment interview, the court heard.

Caroline Bray, in mitigation, said that Murray pleaded guilty to all offences and described him as someone who has a “good close relationship” with his family and continues to be a “useful member of society” as a full time worker.

The defence barrister argued that – when Murray was previously convicted of alcohol-related offences, programmes such as the ‘alcohol abstinence monitoring programme’ were not available at the time, which would have benefited him. Therefore, the probation service recognises that work can still be done with him.

Ms Bray added: “This is someone who does not understand the full impact of alcohol on him. He takes full responsibility that he put the alcohol in his system. He understands that and he is remorseful.”

“By the end of the alcohol abstinence monitoring programme, I expect you to be in a position where you no longer come before this court again.”

Hilarious Doorman greets Man City Players on Tour, Maybe we could take a few tips from him?