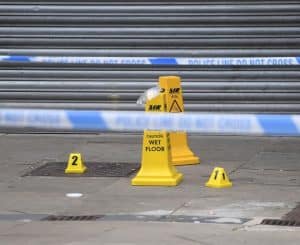 A teenager has been arrested after a security guard was stabbed at Middleton shopping centre earlier this month.

The 42-year-old victim, who was working at the centre, suffered five stab wounds in the attack at around 12:50pm on Saturday, August 14.

He today remains in custody where he is being questioned by detectives.

The victim has since been discharged from hospital.

A 17-year-old boy was previously arrested in connection with the incident but was later released with no further action.

“Police are not looking for anyone further in relation to the incident at this time and enquiries are continuing at pace” GMP said in a statement today.

They are still appealing for anyone who may have information to contact them.

In a recent study on the violence that many in the security industry face, conducted by this website, showed that:

51% of the security professionals we asked, said they are being subjected to verbal abuse every time they go to work and 36% claimed they were physically attacked on a monthly basis, with 26% saying they were attacked even more frequently,