A SECURITY guard has been left with serious injuries after a nasty assault as he tried to stop suspected shoplifters. 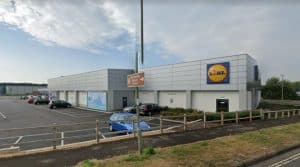 Three men rushed from Lidl in Elettra Avenue, Waterlooville, into a taxi that was waiting for them at around 8pm on Friday, January 22.

A 40-year-old security guard suspected them of shoplifting and tried to stop them.

One of them then attacked the security guard, who was knocked unconscious and punched in the head while on the floor sustaining serious injuries to his face and mouth.

A 41-year-old member of staff at Lidl then went to help the security guard and was also punched before the attackers ran off.

Now police are appealing for witnesses.

A spokesperson from Hampshire Police said: “Detectives would like to hear from anyone who witnessed the attacks or has any information about them. They are asked to contact Eastern CID on 101 quoting 44210025946.