A RYDE man who punched and kicked a hospital security guard has been jailed for more than a year. 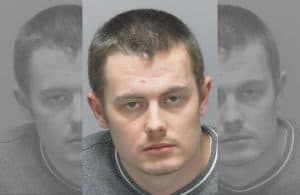 At a previous hearing, the 29-year-old failed to attend his trial and was found guilty in absence of assault by beating of an emergency worker and using threatening, abusive or insulting words, on February 23.

He later admitted failing to surrender, on September 17 and September 23, and was in breach of a suspended sentence.

Prosecutor, Liam Hunter, told the court on September 21 that Medway had attended St Mary’s Hospital with suggestions he had overdosed on diazepam, sometimes known as Valium.

He said he was seen by a doctor, and later became disruptive, demanding medication.

When he was asked to leave, and an attempt was later made to make him leave, Mr Hunter said Medway kicked a security guard in the leg and punched him in the face.

Medway was restrained, and shouted abuse on police arrival, telling his victim he would kill him.

Oscar Vincent, defending, said Medway had vulnerability issues affecting him at the time.

He was involved in a catastrophic road traffic collision a few years ago, and had suffered life-changing injuries and had been in constant pain ever since.

He had been taken to hospital via ambulance after overdosing and only vaguely remembered speaking to a doctor.

Medway was jailed for 14 months ­— to serve seven on license.

Magistrates told Medway he had received numerous second chances, and ordered him to pay £200 compensation.