A DOORMAN who was opening up a Rawtenstall nightclub was approached from behind and punched twice in the face. 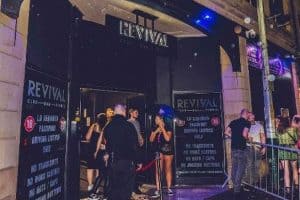 Blackburn magistrates were told Ryan Franks could put forward no explanation for his behaviour.

Franks, 31, of Harwood Road, Tottington, pleaded guilty to assault causing actual bodily harm. He was made subject to a community order for 24 months with 10 days rehabilitation activity requirement days. He was ordered to pay £100 compensation, £85 costs and £95 victim surcharge.

Katie Lord, prosecuting, said the doorman at the Revival bar in Bacup Road was preparing to open the club at 10pm. He had opened the doors and was on the street when Franks came from behind him and punched him twice, causing a cut to his nose and soreness to his jaw.

There had been an exchange of words between the victim and some men earlier in the evening when he was putting bins out but it was not clear if this was the catalyst for the attack.

“He is not a bad lad but is someone who is working hard to try and make something of himself.”