A nightclub doorman who helped detain a suspected drink spiker has hit out at those who prey on women and take advantage of them in a vulnerable state. 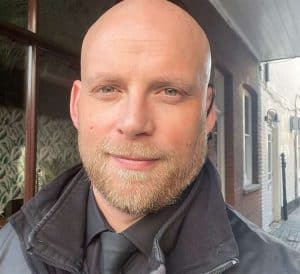 Workers and customers at The Cuban in Canterbury have been praised for their vigilance after reporting to police that two drinks may have been tampered with on Friday night.

A 24-year-old man was arrested on suspicion of attempting to administer a noxious substance and later bailed while investigations continue.

Rob Riddle, 39, is one of the head door supervisors at the high street venue, and was among those to apprehend the suspect before police arrived.

He had been alerted by a group of women to the behaviour of one man, who was detained after the security team determined he “posed a risk”.

In-house tests on two drinks allegedly showed the presence of a foreign substance, so the police were called and the beverages handed over as evidence.

Mr Riddle says ahead of the arrest on Friday, there had been three suspected drink-spiking incidents at The Cuban this year – but no offenders identified.

“It’s extremely frustrating and there is an element of anger, but obviously that has to be controlled because you’re in a professional capacity,” he said.

“As a father of two young daughters, I don’t like the fact that predominantly males think they can prey on females and take advantage of them when they’re not in a fit state.

“When you see the young girls in a bad state, when they’re throwing up, they can’t walk and they’re waiting for medical assistance, it makes you want to do more.

“This is why our door staff have zero tolerance regarding female safety.”

The Cuban enforces stringent measures in a bid to prevent drink-spiking and identify potential offenders.

Customers’ IDs are scanned at the door, their picture is taken and they are searched for any banned items. Any medication or pills have to be clearly labelled.

Mr Riddle says first aid is administered to those suspected to have been spiked.

“We make sure they have friends with them – we find them and bring them out to help.

“We escalate it to ‘ambulance required’ if it’s needed.

“It’s part of our protocol to give them water to flush it out of their system and give them a foil blanket.”

Mr Riddle encourages revellers to engage with workers at any venue if they have any concerns.

“Most of the door staff at venues will talk about the measures in place [regarding safety] when you go in,” he said.

“Any who do not want to chat about that, I would not go into that venue.”

A spokesperson for The Cuban says its “robust protocols” allowed security workers to quickly test the drinks in question and detain the suspect, whose details were supplied to police from the venue’s ID scanner, along with CCTV footage.

Police have confirmed the force was called at 11.20pm on Friday after suspicions were raised that two drinks had been spiked.

Officers attended and spoke to staff, who had isolated the drinks and prevented them from being consumed by anyone present.

Inspector Tom Mepstead, of the Canterbury Community Safety Unit, said: “Customers and staff at the venue involved did exactly the right thing by reporting it to us straight away, and I would like to thank them for their vigilance.

“We take reports of this kind very seriously and enquiries are ongoing into the circumstances surrounding this incident.

“Officers from our Community Safety Unit have been working with this and other venues in the city in recent months to help them follow our spiking response plans, offer anti-spiking cup covers and advertise their drugs policies.

“I would encourage everyone to be vigilant and report any suspicious activity to security staff or police, to ensure immediate action can be taken and everyone can continue to socialise safely.”

You can see our guide for security to deal with drink spiking here.