A doorman who administered CPR to a pub customer who had collapsed and lost consciousness has been praised for his lifesaving skills. 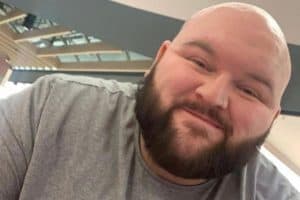 Professional Security employee Dave Williams went into action while on duty at Biscuit Billy’s in Doncaster and gave the vital assistance until paramedics arrived in response to a 999 call.

The man, a diabetic who had recently had a stroke, was taken to hospital where he was admitted for treatment.

He was allowed home after several days to continue his recovery.

Dave, aged 25, said: “The man collapsed and said he could not feel his legs.

“As I was talking to him he lost consciousness and I could not get a response.

“I gave him CPR – just four chest compressions – and it brought

As well as working for the Professional Security response team, Dave is a student nurse at Nottingham Trent University.

The grateful customer thanked Dave through social media, saying he ‘probably saved me’.

“He is a credit to our industry.

“It also demonstrates the support our teams provide to venues goes beyond security and shows the important role they play.”

*The seven fundamental steps of CPR are: Put the heel of your dominant hand at the centre of the person’s chest; Put your other hand over then interlock your fingers; Start chest compressions; Open the person’s mouth; Add a rescue breath; Watch the chest fall, then do another rescue breath.