An Asda security guard has gone viral for his actions after finding a Rolex watch on the floor. 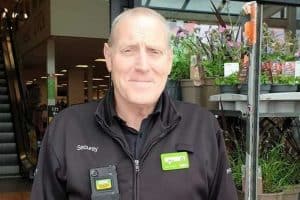 Pete from Telford was checking the store’s monitors when he noticed something shiny on the floor by the checkout tills. Upon investigation, Pete discovered a Rolex watch.

Keeping it safe, Pete put the luxury watch to one side in case someone came to claim it. Later that day, an emotional customer rang Asda to say he was missing his 60-year-old Rolex.

Reuniting the watch with its owner, the customer expressed his thanks to Pete having thought he had lost the watch forever.

Asda said: “A grateful customer has thanked Pete from our Asda Living Wrekin Park store in Telford for his honesty after finding his 60-year-old Rolex watch and keeping it safe for him after he lost it at the checkouts.

“Pete was looking at his monitors and spotted something shiny on the floor by the checkouts – and it turned out to be a Rolex watch. The gentleman later phoned the store to ask if anyone had handed it in and when Pete told him that he’d found it the gentleman became emotional and couldn’t believe it.

“He’d been distraught as the watch held so many special memories for him and he had been given it over 60 years ago. He came into store to pick it up and was so thankful to Pete as he thought it had been lost forever.”

Hayley, the store’s replenishment manager, said: “Pete is a very kind-hearted colleague, who is very old-school. He will do anything for customers and colleagues.”