REVELLERS fled in terror after a man armed with a huge meat cleaver launched an attack on a doorman at a Southampton bar. 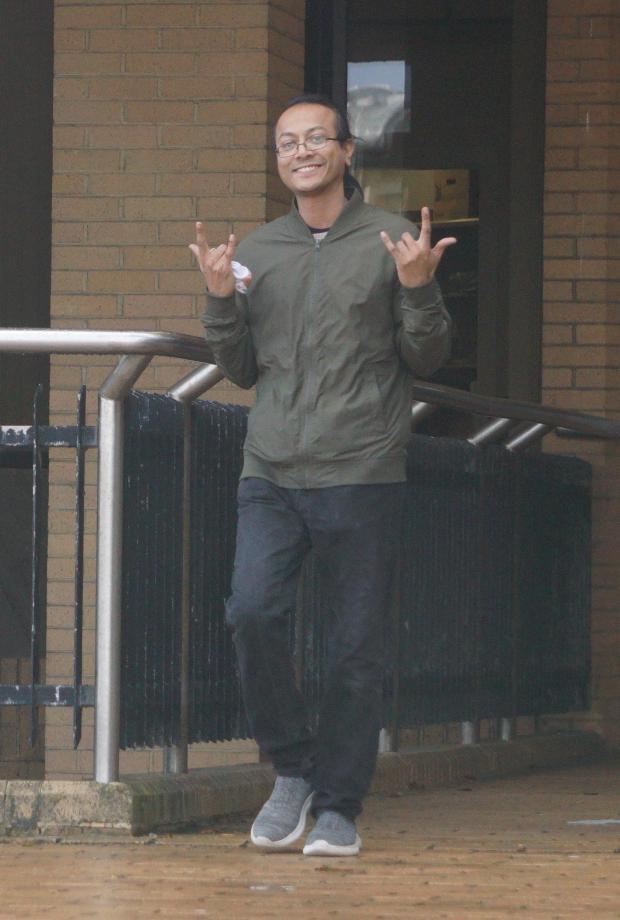 Arvin Ramchurn was yielding a large black knife when he charged at a doorman working at the city’s One O Four.

Swinging his blade in a “slashing movement”, the 42-year-old shouted “you’re going to get it” and threatened to “stick him”.

The attack came after Ramchurn had intially be turned aawy form the car by doorman Colin Edwards.

A shocking video of the attack has been released after Ramchurn appeared in court and grinned as he walked free.

Now his sentence has been criticised after claims tht Mr Edwards ‘could have lost his life’ in the attack.

Details of the incident were revealed at Southampton Crown Court which heard that Ramchurn had chased his victim through the foyer and into the club in Above Bar Street where revellers fled in terror on the night of August 3 last year.

Meanwhile, his victim tried to get people out of the way and close the door.

Ramchurch, of Southampton High Street, was charged with threatening another person with a bladed article and two counts of possessing a bladed article in a public place and had previously pleaded guilty.

Prosecution barrister Simon Foster told how on the night of the attack Ramchurn had been asked not to come in by door supervisor Mr Edwards, 43.

However, “to that, he reacted aggressively” and hurled abuse at him.

Ramchurn reappeared half an hour later and pulled a large carving knife from a blue bag that he had.

He was arrested nearby and when officers checked his bag they found a meat cleaver and a black-handled knife as well as a knife beside him.

During a police interview, he claimed he had been given the blades by “some sort of stranger” and had been on his way to get a pizza.

In a victim impact statement read out in court, Mr Edwards said: “I feel shaken by what has happened.

“I did not do anything to provoke him or deserve to be treated this way for simply doing my job.”“It could have been a lot worse.

Defending, Nicholas Robinson said his client had shown his sincere remorse and has also expressed his guilt.

Of previous “good character”, Ramchurn suffers from bipolar disorder and has alcohol problems “rooted in trauma”.

“He is a vulnerable man who is deeply remorseful for his behaviour”, Mr Robinson added.

Speaking to the Daily Echo after the sentencing, Mr Edwards told how he has 22-years experience working in security.

During the attack, he said his main concern was customer safety.

The father of four said: “I feel let down by the system. Assaults against door staff are increasing and very rarely get to court.”

Despite his wife “panicking about him going back to work”, he has returned to man the doors.

Mr Edwards has slammed those who carry knives as stupid and would like to see harsher punishments for people who assault security staff.

She jailed him for two years, suspended for 18-months.

Ordered to pay Mr Edwards £250 in compensation, he must also complete 15 days of rehabilitation, six-months of alcohol treatment and 40 hours of unpaid work.