A woman shouted racial abuse and spat in the face of a doorman after being asked to leave a Norwich nightspot for throwing a drink. 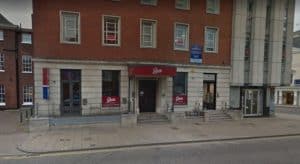 Safia Hartwell, 25, was on a night out at Stadia nightclub and sports bar, Upper King Street, when she was asked to leave by staff who reported they saw her throw a drink at a couple.

After being ejected from the venue, she made racial comments to shift manager Catarina Mota, Norwich Crown Court heard.

Giving evidence, Mr Landa said that the incident left him upset and angry. “I was upset at the fact that I was spat at more than anything. She spat on my face and it landed on my beard and my glasses. She was shouting and screaming.”

Speaking about the racial abuse, he said: “That’s not the sort of thing you would forget, would you?”

He also said that the woman had directed a racist comment at the duty manager.

Judge Maureen Bacon said that after hearing all the evidence the appeal was dismissed and said they were satisfied with the conviction and sentence.

Hartwell had denied using any racist language as she said she has dual ethnicity, and also denied intentionally spitting at Mr Landa.

But Hannah Gladwell, prosecuting, said: “Being foreign yourself doesn’t make you not able to be racist towards others.”

Ian James, for Hartwell, claimed that she hadn’t thrown a drink and that she was only trying to get back in the club to speak to her friend who was still inside.

Mr James said she told the staff that she was happy to go, but just wanted to let her friend know what was happening.

Giving evidence, Hartwell said she would never use racist words because she had been a victim of racism herself and said: “I wanted my friend to come out of the venue as she was staying at my home and I didn’t want to be a young woman walking alone at night.”

Plymouth Doorman Attacked from behind by Man looking for Revenge