A security guard has spoken out about the moment he was assaulted by a shoplifter he had caught red handed. 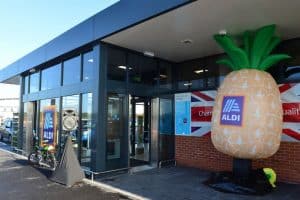 Jack Foreman, who was working on the front line during the lockdown, was shocked when thieving Leanne Stapleton launched a coronavirus attack.

The 39-year-old grandmother deliberately coughed at the dad-of-two after she was caught stealing body sprays and washing up liquid from B&M on March 27.

Mr Foreman, 27, was taking Stapleton to the detention room at the Dundas Arcade in Middlesbrough to inform Cleveland Police officers of the theft, when she attempted to get away.

Stapleton, of Londonderry Road, Stockton, denied the assault but has now been found guilty after a trial at Teesside Magistrates’ Court.

Jack, from Redcar, said he ‘s*** himself’ after thinking she could possibly have the deadly virus.

The incident happened just days after the UK was put into lockdown.

The security officer, who has worked in the Middlesbrough centre for a year, said: “We were watching her on the cameras in B&M and she had about 20 cans of Lynx and loads of Bold tablets.

“I stopped her and as I was bringing her back in, with the B&M security guard, she threatened to spread the corona disease and coughed at me.

“I obviously stepped back from her and then she tried to run off. The other guard then followed and stopped her.

Stapleton, 39, admitted stealing from the B&M store and was convicted of the assault against the security guard on Tuesday after trial.

She was sentenced to four months behind bars for the attack.

£350 Fine for Drunk Trainee Solicitor who Spat at Doorman