A DOORMAN at a Darwen club lost two teeth when he was elbowed in the face by a man wearing a Baywatch lifeguard costume. 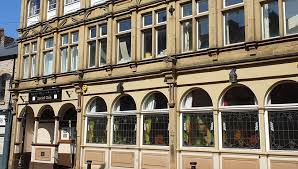 Blackburn magistrates heard Adam Peter Shears was being ejected from the Bridge Street Sports and Social club when he suddenly struck out at the doorman who needed stitches in his lip.

The magistrates were shown CCTV footage of the incident and a photograph of the bouncer’s teeth in his hand.

Shears, 30, of Slater Street, Blackburn, pleaded guilty to assaulting Colin Mortimer causing him actual bodily harm. He was sentenced to 16 weeks in prison suspended for 12 months with a condition that he completes 30 days rehabilitation activity requirement. He was ordered to pay £500 compensation, £85 costs and £122 victim surcharge.

Andy Robinson, prosecuting, said Shears and his partner were both dressed in distinctive Baywatch costumes of red shorts and yellow T-shirts.

“Something was said as they were being ushered into the foyer and towards the door and there was some aggressive behaviour,” said Mr Robinson. “The defendant had his back to Mr Mortimer and elbowed him hard to the face.”

Mr Robinson said Shears had a previous conviction for actual bodily harm in 2017.

Gareth Price, defending, said the probation service had produced a pre-sentence report which spoke very positively about his client.

Mr Price also read from a reference from the defendant’s boss which described him as a hard working individual who was always pleasant to talk to.