A doorman nearly killed a defenceless groom outside a nightclub – then told a pack of lies to have him arrested. 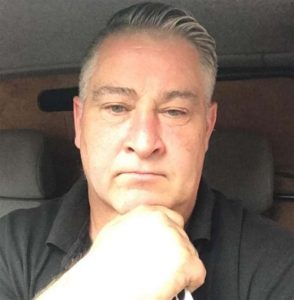 Senior bouncer Martin Feehan, 51, from Dover, knee-dropped and suffocated his victim unconsciousness for six-minutes, even punching his oxygen-starved head.

He dragged Mr Szafran into a puddle and threw a glass of water over him, punched his head and knelt on his ribcage.

As footage showed Feehan surrounded by bouncers carrying out his cruel assault, prosecutor Caroline Knight said: “As you can see, the victim is offering little to no resistance.”

Mr Szafran was celebrating his stag night when he was ejected from the Bench Street venue shortly after midnight, the court heard.

Following a bid to negotiate re-entry Mr Szafran was pushed into metal railings before Feehan knee-dropped him to the floor.

The security-worker of 30-years then applied the prone-position, also known as positional asphyxia, before Mr Szafran passed out.

Feehan even placed his victim in the recovery position before continuing his attack.

Door staff then told police Mr Szafran, soaked and shivering, had been violent and ripped a bouncer’s jacket.

He was arrested on a criminal damage charge.

But when the extent of the victim’s injuries surfaced – headaches, blurred vision, a bruised body – police reviewed CCTV evidence and Feehan was arrested.

“After being arrested he was shown the CCTV, he was visibly shocked and upset by the footage.

“He was distressed by his behaviour and said it was vile.”

He added Feehan, who was off-duty at the time of the attack, “couldn’t explain his behaviour.”

Since his security licence was suspended Feehan has suffered depression, spiralling debt and struggled to leave his home in Clarendon Street, Dover, the barrister added.

He highlighted “risk of death, gratuitous degradation” and the thug’s “attempt to conceal from the authorities,” as aggravating features.

The court heard Feehan was “lightly convicted” and no longer works on the doors, instead patrolling properties.

Feehan, pleaded guilty to actual bodily harm at the first opportunity in the magistrates’ court last year. He was jailed today for 20 months for the assault on October 28, 2018.