A FORMER soldier convicted of possessing a Taser was left with a legal bill of more than £2,500 after being caught working illegally as a bouncer. 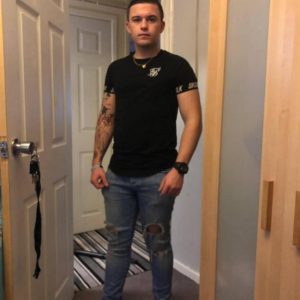 Jarrad Skidmore, from Caerphilly, was handed a community order earlier this year at Cardiff Crown Court following his guilty plea to possession of a prohibited weapon.

Armed police searched his home, after a warrant was executed under the Firearms Act, and found a torch that could be used as a stun gun.

The 21-year-old was back before the courts after he was discovered working as a door supervisor when his Security Industry Authority (SIA) licence was suspended.

Outside the court, an SIA spokesperson said: “On March 7, SIA investigators were carrying out routine compliance checks in Aberdare.

“They found Jarrad Skidmore working illegally at the Lighthouse Bar. He was displaying an SIA licence, although it had been suspended on November 18, 2019.

“The suspension was a result of information about his arrest passed to the SIA by the police.

“During the SIA’s investigation, Skidmore claimed that he thought Cardiff Crown Court would notify the SIA of his conviction and that he was not responsible for the disclosure.”

The spokesperson added: “However, the conditions of his SIA licence clearly state that he must advise the SIA of any previous or new conviction.

“He stated that he was unaware that the SIA had told him that he had been suspended on November 18, 2019.

“However, Skidmore had been in contact with the SIA a week earlier to request a replacement licence – as he claimed it was lost.”

After the court case, Nathan Salmon, the SIA’s criminal investigation manager, said: “Skidmore was convicted earlier this year for an offence relating to a Taser and therefore was unsuitable for a licence.

“He deliberately sought to undermine the licensing regime, which is there to protect the public, by concealing this conviction from us.

“He naively thought that he could get away with breaking his licence conditions.

“This conviction means that he is unable to work in the private security industry and he has another criminal conviction.”